I was up very early to see the dawn break across this majestic desert landscape and to savour the quietness – no man-made noise whatsoever. It was a beautiful hour’s meditation and rejuvenation! After a simple breakfast we left our desert camp early this morning in the 4×4’s – sitting up top was exhilarating -watching the desert roar past, with the fresh cool -ish breeze in one’s face. We came to the local village to join our minivan for the trek north to Kerak – a 3-an-a-half hour journey.

Once an important city of the Biblical kingdom of Moab, Kerak was also home to the Nabateans, Romans (from 105 AD), and the Byzantines, before the Crusaders built a castle here. In the Byzantine period Kerak was a bishopric and it remained mostly a Christian town even under Arab rule. It was the castle we had come to see a mighty impressive castle it is – even if half-ruined! In 1126, Payen le Bouteiller (Paganus the Butler) received Kerak from King Baldwin II of Jerusalem as part of the lordship of Oultrejourdain (Transjordan). In 1142, he built Kerak Castle over the existing foundations on the site. The Crusaders set up an impressive system of security: all the fortifications were a day’s journey apart and each one lit a beacon at night to inform Jerusalem it was safe.

Kerak Castle resisted attacks by Saladin’s troops in 1183 and 1184, but finally fell after a siege in 1189. The Mamluk ruler Baybars added a tower on the northwest corner in 1263. It was later owned by local families until 1840, when Ibrahim Pasha of Egypt captured the castle and destroyed much of it in the process. After World War I, Kerak was administered by the British until the Emirate of Transjordan was established in 1921. Kerak is still a predominantly Christian town, with many of today’s inhabitants tracing their roots back to the Byzantines.

We enjoyed the site – especially seeing the cells down below which have been recently excavated. The wine/olive press in the kitchen was a high-light as well; along with the pipe system to collect water, and the arched church roof – still standing after 850 years. Looking out over the eastern edge of the castle we were able to see the caves used by the Moabites over 3000 years ago. Given that King David was the Great-grandson of Ruth, a Moabite and that Moses died in Moab having been only able to see the Promised land but not enter it – this was a special moment for many in the group.

After a delightful lunch, we descended towards our destination – the Holiday Inn Resort on the North-Eastern side of the Dead Sea. We passed the marker indicating sea-level and kept driving down for another hour or so, finally reaching our accommodation for the next two nights.

To swim here would be tomorrow’s delight! 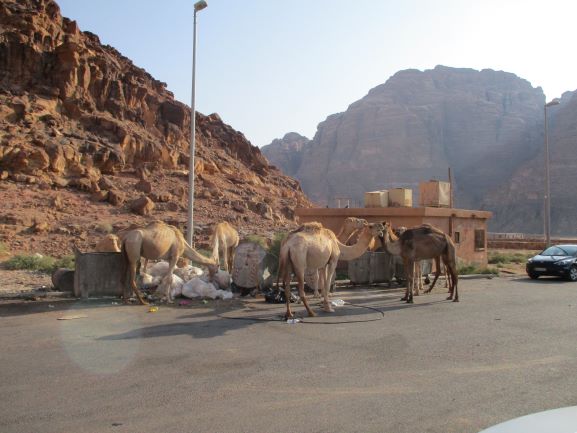 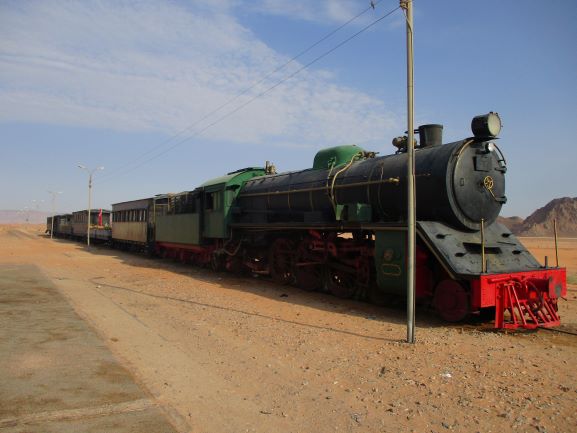 We stopped at the local Wadi Rum station – this train still runs on tracks laid down in 1904! 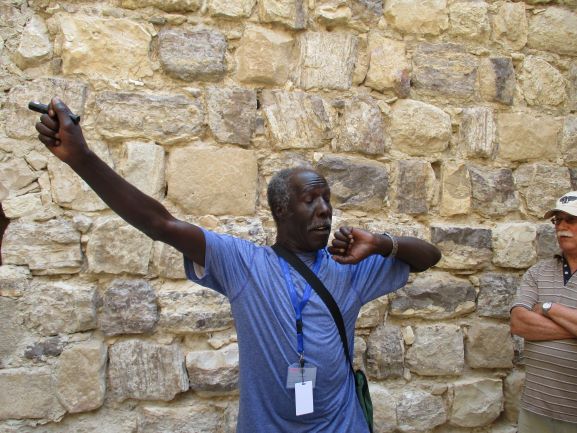 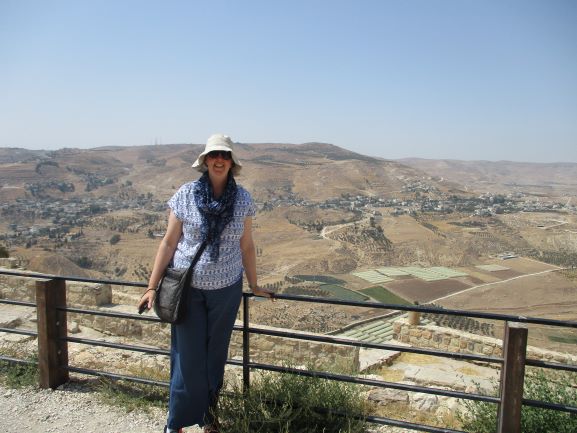 J at the castle 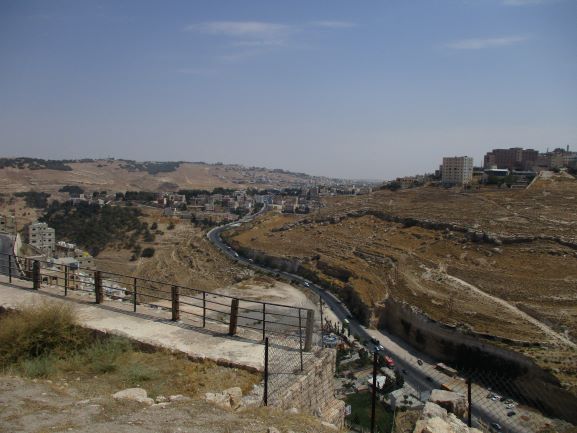 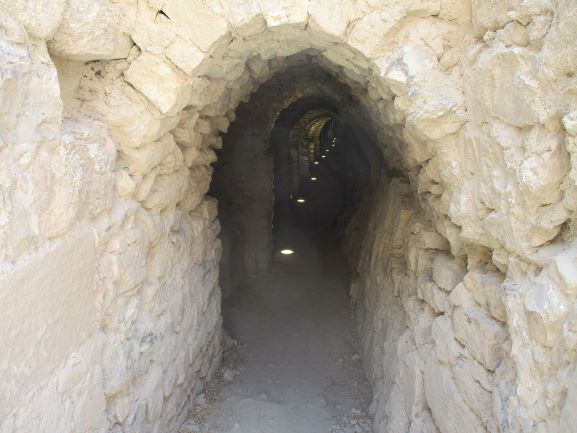 down to the cells! 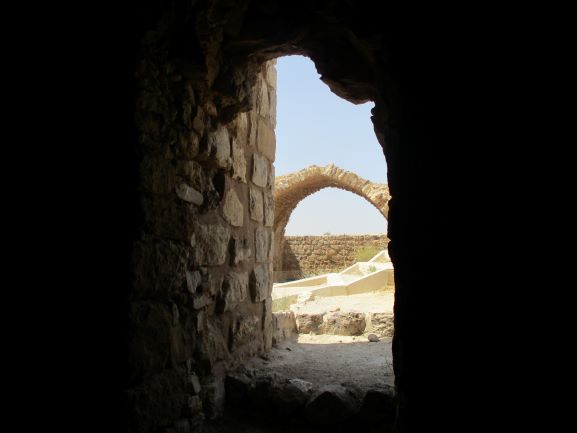 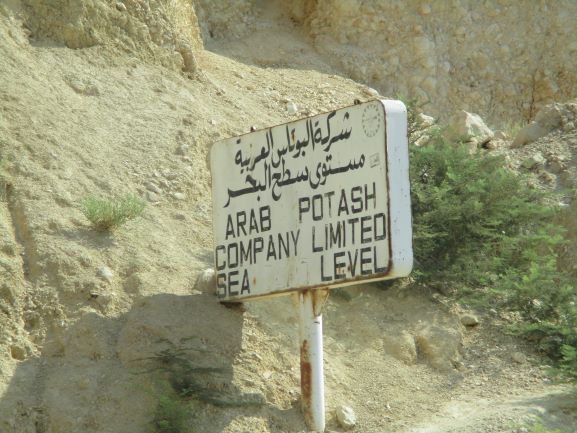 On the way DOWN! 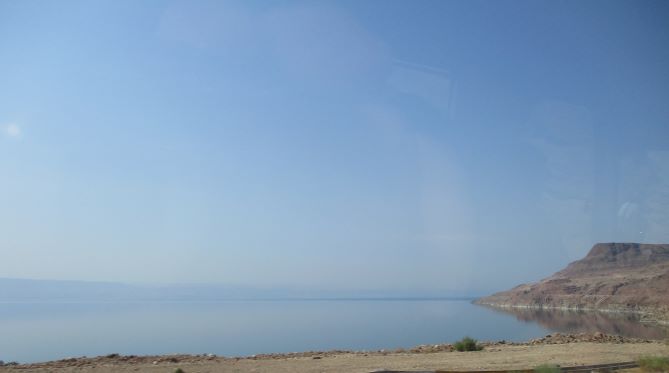